5 Valuable tips for all property investors 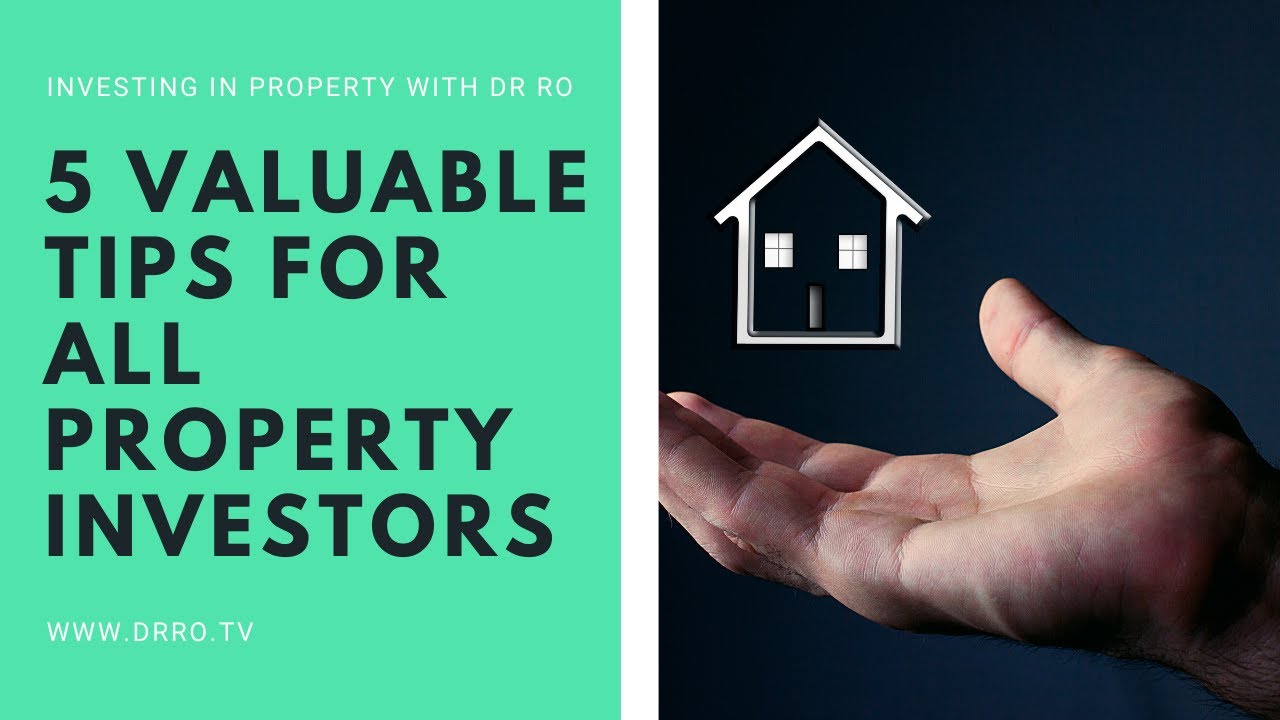 I wanted to do a short video for you because I know a lot of you out there at the moment raising money going out looking to angels and just keeping that radar out and wanting to pin people down to a situation where they commit to giving you money towards the business. Whether it is a loan, joint venture, partnership, whatever it is.

As you probably know I’ve been in this field of communication for many years and I want to bring in an aspect of communication that is sometimes overlooked and integrate it into what you may already have as a structure for presenting your investor proposal document. I had two conversations on this in the last 10 days.

First of all the fact that you’re going out doing it. Well done, congratulations always be looking always have that radar out and if you’re going to be using the approach which is, you don’t necessarily beg people, you don’t ask them for money, but you say, could you review this document for me.

I really value your opinion on it. I’m going to be talking to some people very shortly and presenting this opportunity. I thought I’d come to you first to get your feedback on it before I go out and approach people.

Of course that’s an instant, unconscious hook to get them interested in the document. One of the challenges is that we’re in a busy world right now. As you’re watching me you’re probably fully aware that people are getting bombarded with social media, emails, WhatsApp has become a dominant part of people’s communication as well. Added to which you’ve got digital news computers, emails, add to that, just general stuff in people’s lives.

So to give someone a document that’s overwhelming that’s packed with information and you ask them to review it and get back to you might be too much.

Or they don’t give it enough time or they go this looks good, but I haven’t got the time to look at it now. There are certain things you need to have to make sure that you’ve got when it comes to how you present this. Some of you may have been through my communications programs.

We created CWI and launched a couple of years ago and we took some pretty high-level people through it including some of the mentors and coaches that are now the trainers and speakers. The big thing I need to be clear on is the first one is what is your outcome?

I think for a lot of people they get so excited about pushing people for money, they get pumped about the idea. Put the document in somebody else’s hands, and with enthusiasm comes a lot of words, a lot of information, a lot of what you’ve been learning through your amazing training and then it’s like I’ve got to get everything onto paper right now. They throw too much out there, so here’s my outcome I want to get from here to here and you’re taking the person through the journey to get from here to here, but unfortunately in the process you’re giving them lots to focus on and read and that can be a distraction. It can lead them off in different directions, and before you know it betrays the money.

That’s another factor as well.

These are absolutely critical and I just recently created a miniseries, and it’s fascinating as when I was going through it there was a very specific process that people need to follow, and the outcome is very, very clear what you need.

Once you’ve got that you then have to make a decision to blinker the reader of your document in such a way that they can’t see anything that could distract them. Because when you’re reading something and somebody writes something down that is not relevant to the outcome, what happens is they go interesting and they start reading that and their brain goes off in a direction and they start thinking about what you’ve written down there.

So have a look at the documents you’ve written and ask the question is there anything in that proposal document that could actually distract them from my end result?

Number three keep the main body simple. Remember they’re opening it up and I want it to be simple. I don’t want it to be that thick. The minute I open the document I think there is a lot of stuff in here. If I open it if there’s anything that is not relevant or distraction I might stop at that page and say that looks interesting. I want to keep the document simple.

Make sure it’s clean, clear and obvious what you’re saying so at the start of the document it clearly states that as you take them through the rest of the document it has to support where you put the front. Where am I leading them to? that’s very important. When they’re opening the document, it has to feel to them like it’s not going to be complicated to understand, easily digestible. If it is a digital format, I’m going to flick through it on the computer.

Anything that could be a distraction takes them away and creates hooks. One of the things I’m massively passionate about is articulating something to somebody when they get enough information, they get what you’re talking about, they love it, but at the same time, they want more information from you that brings them back to you. You need to write certain sentences and there are hook sentences, bridging sentences where they’re actually engaged in what you’re writing to the point where they say brilliant, but I need to know more.

You want them coming back and saying, tell me more. You want them to have a conversation with you. You don’t want to fill too many blanks into the document because if you put too much on there they got all the answers they want, the answers need to come from you, not from here at this stage because then you find out what the situation is.

The last thing is if you are going to put detail of something in there, it might be valuable to put that towards the back in the appendices so that the main thrust of what you’re telling them is in the first part of the document.

The appendix holds the slower process information. They can flick to check it and then come back again. That way, what you’re not doing is you’re not getting caught in the mud of reading that, in the main document.

Make sure you know that before you start writing this document and state it clearly at the front. Number two avoids the noise of too much business and text contexts being and keeps the main body as simple as possible and it stands out and it’s bold and it’s clear. Four are hooks that want to make me come back and talk to you.

And finally, let’s have the muddy stuff, the detailed stuff at the back, so it’s easy to process later on, but it gets them to the result. What are they offering me? What’s the actual overall principle of what they’re doing and then what’s the conclusion?

Hopefully that helps, see you on my next live.