Dr Ro’s tips on raising money for your business 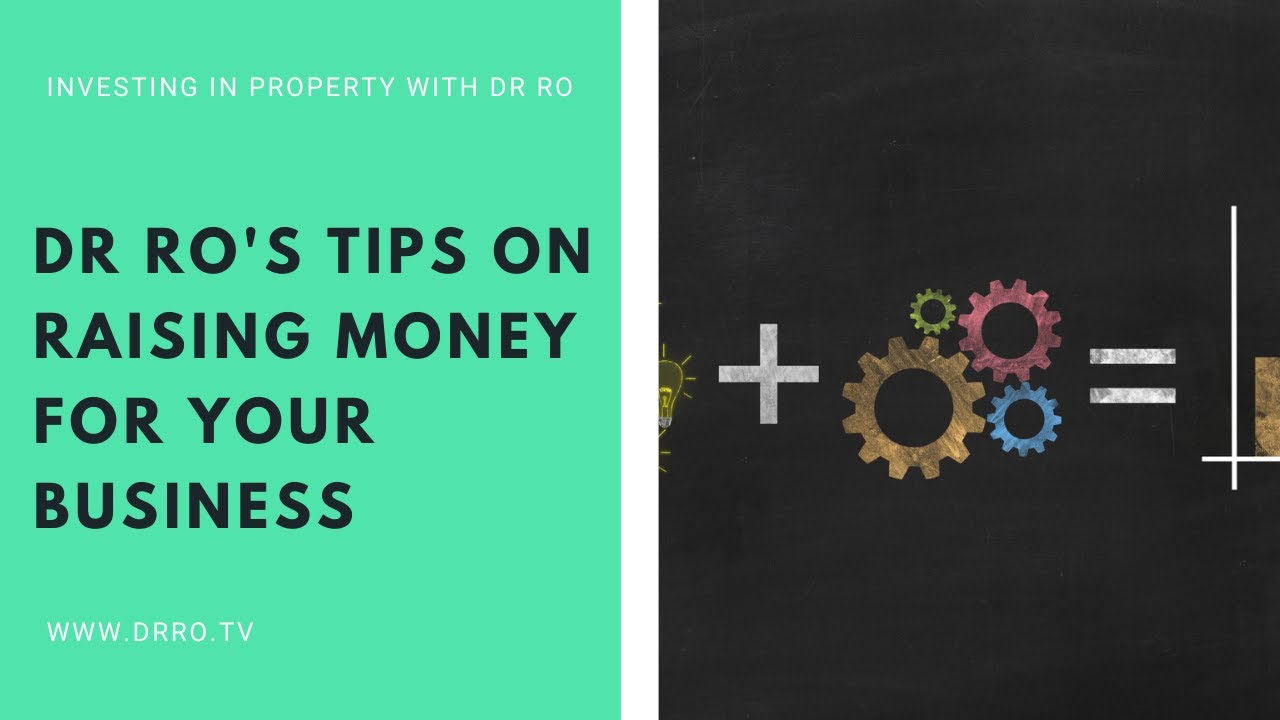 Hey, Dr Ro here, hope you’re all well. I happen to be on a three-day property training at the moment and this afternoon I’m going to be talking about raising money. I can’t give you advice, go and seek professional advice. I’m just sharing a few thoughts as a property investor for many, many years, what would be worth considering.

I think for a lot of people they are nervous about approaching people for money.

They are nervous in the sense that what if they say no, I don’t want to appear desperate. What are some of the tricks, techniques, tools for raising money in terms of how to deal with people.

First of all go and take their test below we have a podcast on money www.seekardo.com/podcast. If you’ve got any blocks around dealing with money in your own personal life and asking people for money. If you’re not sure about how you’re communicating effectively, go and take the test. People say how does communicating with impact work?

Do you want to raise money? Yes

Think about the hundreds of thousand pounds that you haven’t raised because you haven’t communicated effectively, but someone else has and got that money that you could have had. It is awfully expensive not to communicate effectively. The test tells you which area of communication you need to work on now in order to solve that problem which is, I’m losing a hundred thousand pounds of money that I could have raised.

There’s all this chatter going on in your head in your money raising process if you’re chatting to yourself and you’re not listening to the other person, this is a mistake I made.

As I’m talking I’m almost trying to prepare my next sentence to say before I even listened genuinely to what they were saying. If you run a business, property investing, and you’ve got these ideas in your head the biggest challenge is those ideas are bouncing around here, but you’ve got to listen to what they’re telling you.

They might be giving their pain, they might tell you how frustrated they are with the bank, they might tell you that the money has been sitting there for five years and they don’t care if it sits there for another five years, but they just want the money to work hard. They’re giving you lots of clues so actually a better approach rather than to get it right is to find out about their situation and that’s really important.

I have actually created a mini-series, CWI series, which takes you through the exact recipe for the formulaic approach when you’re in this space. How do you not show you’re desperate? Just don’t sit there going have you got the money?

That type of dialogue is really useful because now they’re indicating where their pain is and you have a conversation piece with them and they say, what is it you are offering? Again, you don’t go, this is what I can offer you. Just say, well there are several options and then you go in with your structure.

Don’t be desperate, be relaxed about it and then the third thing is have a clear message. If you’re in an ad hoc conversation you don’t really want to get into a pitch. When I talk about a clear message you can’t be throwing lots of ideas around as they’ll go, what is it you’re actually offering me?

Often when people are desperate or enthusiastic, they start to chuck lots of things out there literally start throwing the facts and figures. Most people are already overloaded with information. If you overload them even more, they can’t make a decision because too many choices actually inhibit the decision process.

Number four is giving them space.

It might be you say there are three things we can do one’s leave the money for five years. I’ve got an option of return, but you have to leave it there and the objective would be you get a greater return at the end.

Another one is that you lend the money for two years, you won’t get such a great return but it gives you flexibility to get access to money or the third thing is becoming a joint venture partner.

There are three things and at that point there you give them space, allow them to ask questions.

The problem with spewing information on people is that by the time they’ve got it, it’s like a bowl of spaghetti they can’t unravel it.

Keep it simple, give them space and give them an opportunity to respond and ask questions.

I’ll see you on my live.