Three Things to Know Before You Do an HMO 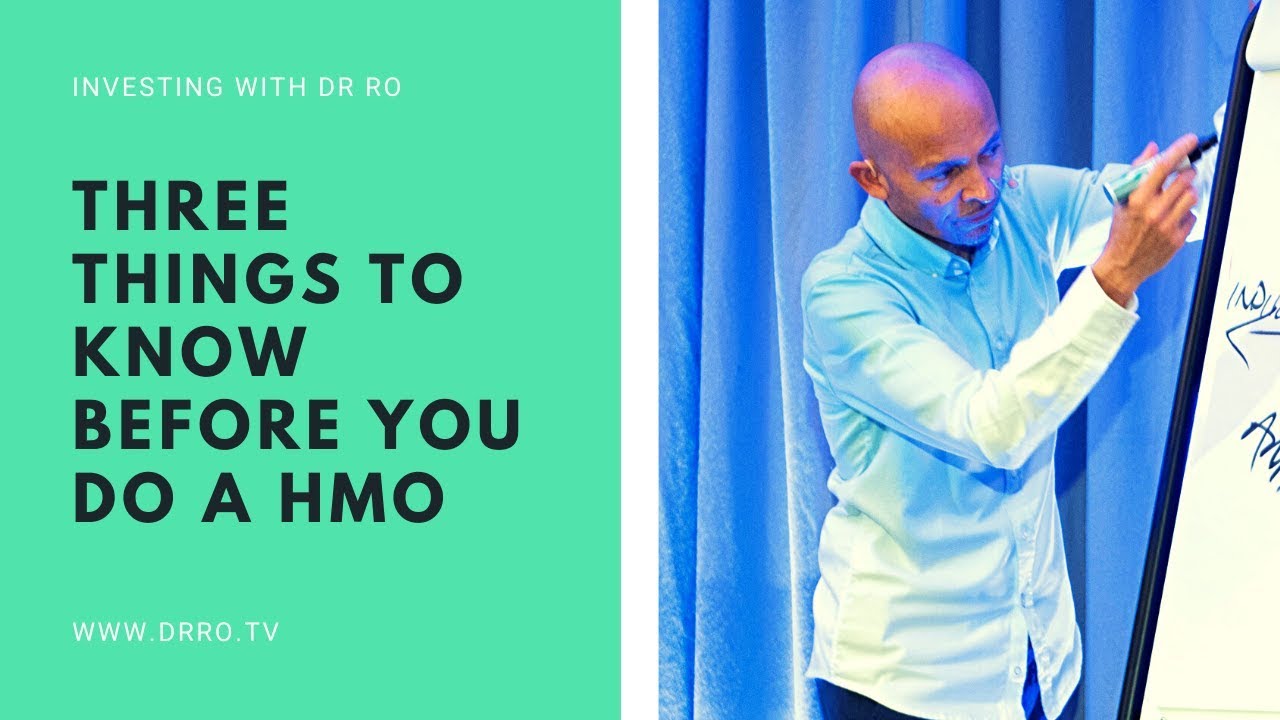 Today I’m talking to you about property from an actual renovation property.

A question has come in relating to property and I thought I’d address it here.

It is to do with houses in multiple occupation and the question that came in was:

What are three things I need to know when looking to buy a house in multiple occupation?

If you’re brand-new to this and you’ve never done anything to do with property at all, just so you’re clear, buy to let properties are properties generally have one contract on them, and an assured short hold tenancy agreement. That’s when a family moves in and that family lives there under one tenancy agreement.

A house in multiple occupation is the same property, but now with multiple tenancy agreements in it. In other words, multiple occupation, several people renting, you get more income from the property. Your outgoings are more, but overall you keep a much better cash flow.

If you haven’t watched one of my other videos on this, I actually go through and do a comparison showing HMOs versus buy-to-lets. Go and watch that.

The first thing to be aware of with HMOs is, you’ve really got to find out whether they can actually operate in that area. I have met over the years being in front of hundreds of thousands of people now, I’ve met people that have literally gone out bought properties in the United Kingdom with a view to doing them as a house in multiple occupation. Only to find out afterwards having bought it, that actually in that area they are not allowed to convert it into a house of multiple occupation.

Now how do they find that out?

What you’ve got to do is go and look up whether that area is article four. It’s called the article four directive. Now one of the quickest ways to do that is approach the council to find out if that’s the case. You see previously what landlords could do was go into specific areas and under permitted development rights literally take the property and convert it into a HMO, and in many cases what people were doing was putting seven, eight, nine, 10, 11, 12 tenants into those properties illegally. When in fact it should only have operated maybe as a five or six. They were splitting rooms into two and making those rooms very small , trying to pack people in there. And of course there are risks all around and it is not exactly the best environment for people to live it.

So the article four came in to really help the councils get more control and to strip out the market any what are classified as rogue landlords, i.e. people operating illegally their properties.

So what often happens is you will see a landlord who gets hit with an article four or maybe they just simply got an illegal HMO, but in that area it happens that article four has swept through now and so no landlords are allowed to have houses of multiple occupation there. Typically its areas which become oversaturated and there are a lot of properties that have been run illegally or haven’t been set up to the right standards for licensing, etcetera.

In a nutshell, if you’re a landlord and you own a property like that essentially you are in trouble because you can’t operate as a HMO, or you can really do is try and sell it quickly, but that means another unsuspecting landlord would then buy that property without realising it. And I see this happen in auctions where people actually bought properties without realising it was in an article four area.

That is the first thing.

Secondly you sell it by converting it back into a buy-to-let property and now you could sell it to the open market or sell it to another landlord if they want to buy, if the yields and the rental income stacks up. Or you convert it back into a normal home and you just sell it out to the market.

So it’s really important before you go into any area to check whether it’s an article four area, so that’s the first thing.

The second thing is, and I’m covering and there are so many different aspects of HMO’s, but what I want to do here now is cover, there’s the legals, there’s the management and there is another area on demand. So let’s talk about management.

Please if you’re looking at an area check whether there’s actually letting agents that will manage a HMO. I was literally on the phone yesterday to somebody talking about a specific area looking for HMOs and what he said to me and he is a manager himself, he said, “in this particular area there are very few letting agents that will take on HMOs, most of them in this area only deal with landlords for buy-to-let properties.”

So that’s really interesting because if you think about it from this perspective, if you go there you buy the property you haven’t checked the letting agents, you look at the demand, you check there’s no article four, you then start to renovate the property and you think let me go find a letting agent. And then it turns out the letting agents in the area don’t take HMOs on. You are left to self-run this property yourself. That means marketing it, looking after the tenants, dealing with the issues. You don’t really want to do that because you’re now back in another business, another job, so the objective here is to be hands off if you want to be fully passive. Which means you must make sure you do enough research to check in the area that there are letting agents that actually take on houses of multiple occupation. And it is not just enough to give them a call and say it “Hi do you do HMO’s”, “Yes we do”, “thank you.” Put the phone down. What you really should be doing is if you can get face-to-face with them, go through the list of specific questions. And those questions need to be very clear about what you’re looking to achieve as a landlord, so it’s not just about do you manage them? But look at things like history, how many they manage, if a situation occurs in the property what happens next? If a tenant doesn’t pay for example, or another question might be if something happens in the property how do you deal with it?

And of course if they haven’t had a lot of experience with this it will show up in the conversation you’re having with them. So number two is letting agents.

The third thing is, quite simply, demand.

Because it’s one thing to look at a nice big Victorian house and think, great I can turn that into an eight-bedroom HMO but what if there is no demand in that area? What if that demand in that area is for flats or buy-to-lets, but not for HMOs? In other words room lets.

So that’s a really big, big factor. It’s one thing to know that it’s okay because there’s no problems with article four. It’s another thing to find letting agent that say, “Yes, we can take on HMOs in the area.” But of course, what if you happen to pick a property in an area where there is very, very little demand for actual individual rooms or double rooms, or ensuite rooms for example.

So you’re going to have to go and do your research, start to advertise, speak to letting agent’s etcetera.

Very important. Three things, number one check it’s an article four or not an article four. Number two make sure there is a letting agent that can manage your property for you. And finally, make sure you can actually fill your property before you start to go and think about putting money down or putting offers on properties for HMOs.

Hopefully that is useful! Dr Ro, signing out.

I shall see you on one of my next videos on tips and techniques around property investing.