Understanding the difference between ROI & ROTI 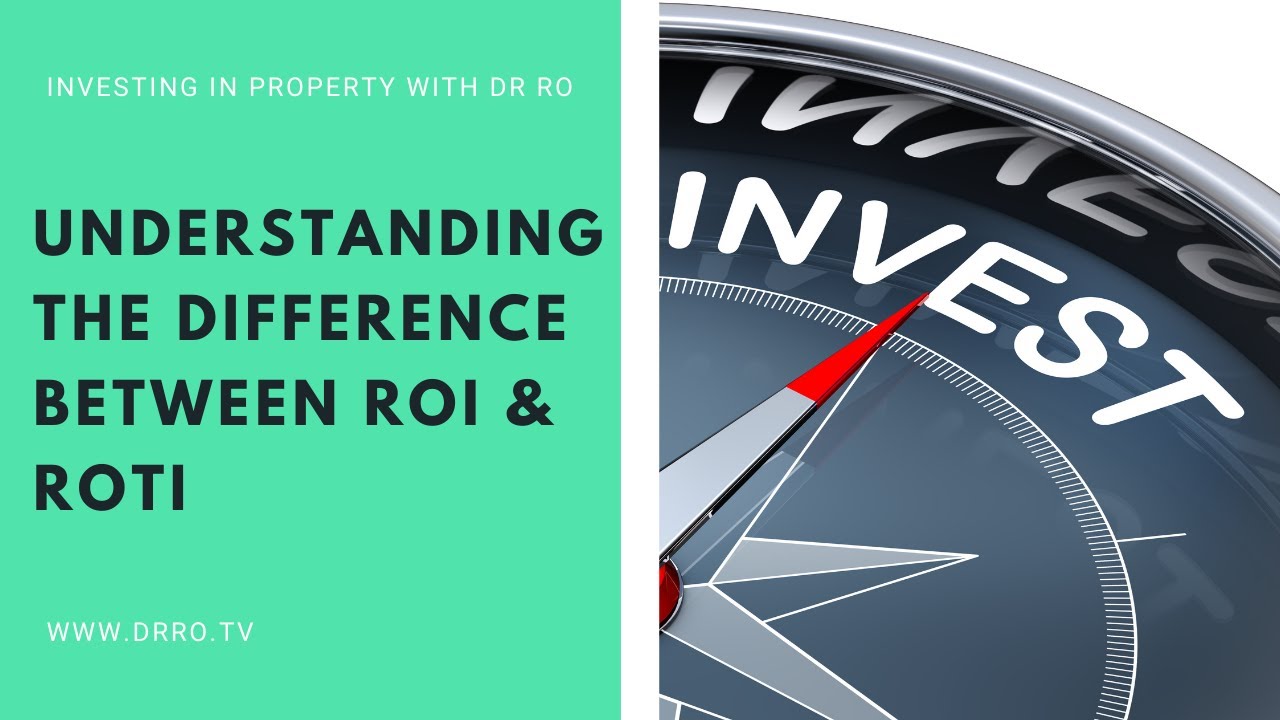 I wanted to do a live video on return on time invested versus return on investment, it’s a conversation piece that I have quite often, certainly when I have the three-day property training, I do.

Even in what you’re doing.

Let me explain the difference between the two. When you think differently to other people you will find there’s a thrust against that you’ve got to decide, are you going to do what you’re doing? I.e. going in the same direction as other people or are you going in the opposite direction because as Warren Buffet says observe the mass and do the opposite.

Meaning that most people herd in one direction, they work long hours, chuck their money in the bank and save up and spend a little bit or spend a lot and have very little left at the end of the month.

You’re down one and half grand that year. That’s scary. Return on investment from a monetary perspective is getting your money to work harder than where it is right now, and if there is an opportunity for that to happen of course you’ve got to make a decision. I can’t give you financial advice as that is not the intention. Look at what am I making here versus what I’m making here.

What is it worth to you?

Do I want to leave it there, losing money or do I want to make three grand a year? Equally, if you’re looking at a property investment where you do the deal you put the money, buy a property and refurbish it in the future, that allows you to add value. That value allows a refinance and when the refinance takes place it allows you to pull equity out of the house and some of the funds you put into the house.

In that case, would I rather leave the money in there and make 50% on investment or take it out and stick it in the bank where it’s only making 1% or 2%? That is return on investment. You’ve got to start to think differently about what most people do with their money.

ROTI is a return on time invested.

An HMO makes a thousand a month if you call a letting agent and spend an hour on the phone, one hour talking to the letting agent about your HMO you’ve made £1,000 an hour that month. If you spend 10 minutes or longer you may have made £6,000 an hour a month from that one property.

My point is that there are some asset vehicles where you put money in and your return on time invested is magnified massively and you get enough properties coming in you get £1,000 a month or more. Most people are on the phone every hour, every single month about one of their properties. Your return on investment goes through the roof, if you buy, give, six, seven properties your hourly rate goes through the roof as well. Why would you be in a job?

I hope that makes sense.

I shall see you in my live.