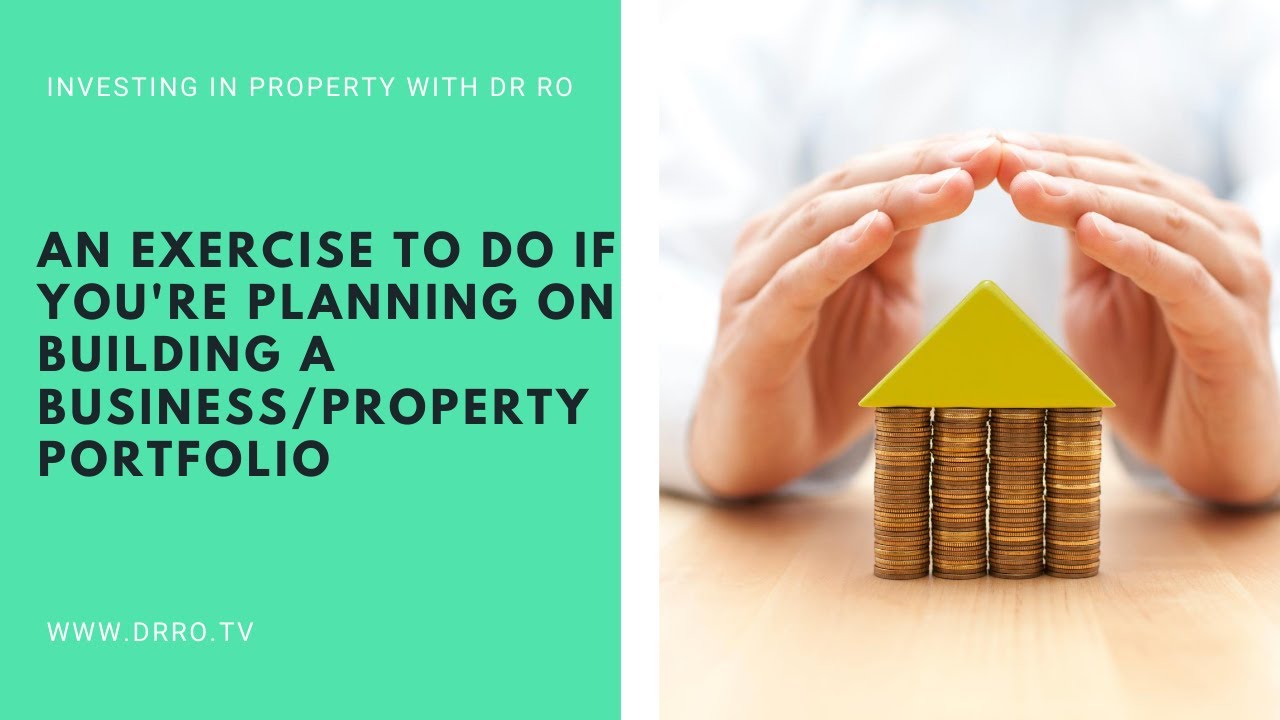 Hello, everybody. I wanted to do a live really on a subject that has come up several times over the years and if you’ve actually seen me at a live event talking on real estate you may have seen me do this exercise before.

I think it’s worth me doing it here because it’s my way of pressing buttons. It is one of the tools I use when I’m communicating and you may want to consider this if you’re working with somebody helping them to make a decision about their financial future and the decisions they have to make.

A classic example of someone making a decision should I get a coach?

Should I invest this much money on myself?

It’s an easy exercise for me to do with people having been through it over the years. I’ve done it myself on many occasions and that is to weigh up the cost of doing something versus not doing it.

That’s an easy way for me to articulate it and the way to explain that is for example, I had a group of people this weekend I was teaching and the average age of the group by their own voting this was online by the way was around 40, so we had 36, 37,45, 50, 20 something.

Here’s the exercise that I’m going to ask you to consider. According to the World Bank when I’m recording this the figure as of now 2020 is an average age in the United Kingdom 82 years of age, life expectancy. I think Switzerland has got the longest lifespan in Europe, which is 83.

So we seem to be floating between the top 70s and early 80s. South Africa I think I read was 77 and there are certain European countries where it’s certainly lower than us, but the Swiss are the highest. So let’s sit at 82 years of age and I want you to live a lot longer than that. Let’s take statistics we’ve got to go off the average figures.

The way to calculate this you deduct your current age from 82. I’m 55 so that’s slightly less than someone who is 40. Let’s take a 40-year-old so 82-40, tell that person how many years they’ve got left to live according to the World Bank.

That is also how many Christmases you’ve got left, how many summer holidays you’ve got left. So in this example, 42 years, then what I do is get people to say look if you could survive or live, what would be a figure you’d like to have? If you had a comfortable figure coming in every single year for the next 42 years that enable you to travel, to eat out and enjoy yourself to look after your family provide security.

Educate your children if you need to and have an enjoyable and lovely home that you would like to have not one you can just barely afford, but actually that you want in a location that you want and go and have experiences you want.

We’re talking about a comfortable lifestyle as opposed to surviving and surviving is a very different experience altogether.

Trading the markets, whatever, but it’s a regular income coming in. Let’s say for example that it’s from a business/passive income model. What that means is at the beginning of each year this business can pay for that lifestyle.

I always make a joke and say you’re knocking on the door on the 31st of December and above there is a sign that says financial freedom, door opens and a huge is there asking what you want. You say freedom for this year, they say no problem here is £100,000. You pay them £100,000 now having paid them by the way this is a good one to show a partner if you’re wanting to learn, study expand a business or invest and your partner is saying no, maybe show this video because it might inspire them to realise actually you have to buy that freedom.

You have to make the investment.

The next question then is £100,000 a year that buys you a year. So you pay freedom and you’ve got your year. You travel, you’ve got your home, all the things that want to do, you get towards the end of the year and you knock on the door of freedom again.

You’re either going to work for that for someone else, think about that for a minute hours sweat blood in, or you can do something to create that which then replaces it. Hopefully, this is making sense.

This is a vital calculation.

Your freaking freedom is worth that figure. If you said to me I want a couple hundred grand a year we’re talking about £8.4 million and that is no joke. I think people forget that there are several ways that we can do this, you can have a business and generate that and you put a certain number of hours in and it creates that for you, but maybe not as hard as working in a job.

Or you create a property portfolio that produces £10,000 a month roughly 8 to 10,000 per month and there’s your hundred grand a year. It could be a mixture of that you could be taking some dividends from investments some from passive income, some from an online business.

It’s one of those things when you lay it out in front of a group of people or an individual they go this is so true.

I am having a conversation with somebody and this is a classic example a few months ago, 18, 20 grand investment in education for building a business real estate et cetera and they were saying this seems expensive. You’re 38 years of age.

What’s the freedom worth?

Are you prepared to invest a hundred, 200, 300 grand to create five or £6 million worth of financial freedom? The answer is yes because it’s a great return on investment. If you plugged 400 grand in to make 4.2 million that’s a 10 to one return on investment, but you don’t need to do that to build a business.

Educationally you’re probably looking at 100 to one return on investment. My message is if you’re an educator or coach, you work with people you’ve got a partner who’s slightly negative, sit down and show them the value to your life, what this freedom is worth to you.

Then ask a serious question, why are we even hesitating and just get on and do it because if you don’t do it you’re going to end up working for somebody else. You are worth millions. If you’ve got someone you care about and they’re sitting on the fence about a decision like this just have them look at this calculation. Another year.

If you’re on a 50 to 100 grand a year salary you’re going to work for somebody anyway doing that, except you’re going to be putting in hours as well. I’m talking about buying back that time, that freedom and putting the investment in your growth.

Do you value yourself enough to invest five, 10k?

Whether it’s a personal development programme or a wealth creation program.

Whatever it is, put the money into yourself so that you personally can expand into a position where you can attract that wealth to you.